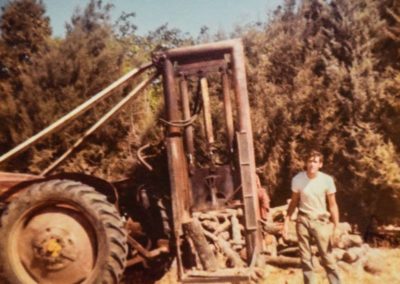 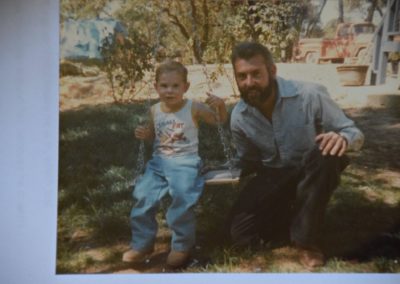 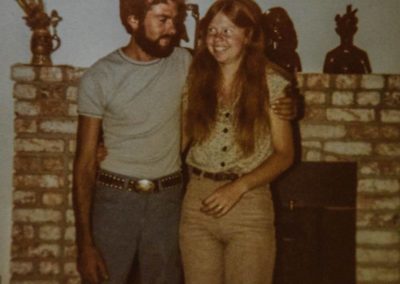 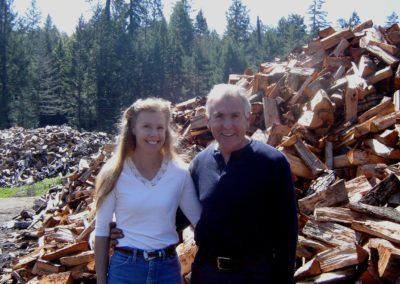 Frank got started in 1972 with a chainsaw, screwdriver, and a crescent wrench.
He started near the Bay Area off of Mount Diablo converting Oak forests into cattle grazing lands and selling in the East Bay area. Back in the day, the firewood market was very popular in that area.

After 7 years in business in 1979, Frank was found by his future wife and business partner, Jolene. Being attracted to what she wrongly thought was a lucrative business, and seeing the potential to play with REAL Tonka toys, they were married in 1980.

They moved to Boonville in 1984. After clearing land for vineyards for a few years, they found a more rewarding purpose in the firewood business. That was to remove a fast-growing “weed tree” species of the forest- the Tan Oak. Then, during the early part of the 21st century, the state of California was being ravaged by an extreme escalation of worker’s compensation costs, which had hit 117% of the cost of wages for Frank’s Firewood. That meant that for every $100 paid to a worker, $117 was paid to the insurance company. What seemed to be the end of the business for Frank’s Firewood turned out to be a blessing in disguise, as it forced them to automate with a large firewood processor and other related equipment.

Frank and Jolene have 2 great children, Neil and Hannah. As Hannah arrived to her late teen years, she wanted to escape rural life and moved to Denver and married her truly wonderful husband, Jevin. Neil, who had planned on a career as a teacher for over a decade, moved to Ukiah and went reluctantly to college for what seemed like a four-year sentence before he could begin work as an elementary or high school history teacher. After three years of drudgery, he decided to take a vacation from college, and that vacation felt so good that he decided to make it permanent. Having worked in restaurants and landscaping, the easiest next job to get, without even having to fill out an application, was with Frank’s Firewood. So Neil came back as a part-time worker, and little by little, also developed a passion for the business. Now he is the one that customers know and communicate with as manager and soon to be owner of Frank’s Firewood.

Frank’s Firewood is determined to continue to have a large supply of firewood for the county, as their view is that “The tree is Jehovah’s creation, and it is on the earth to stay.” Among other useful purposes, the tree can be a wonderful source of renewable energy with a very comfortable warm source of heat.